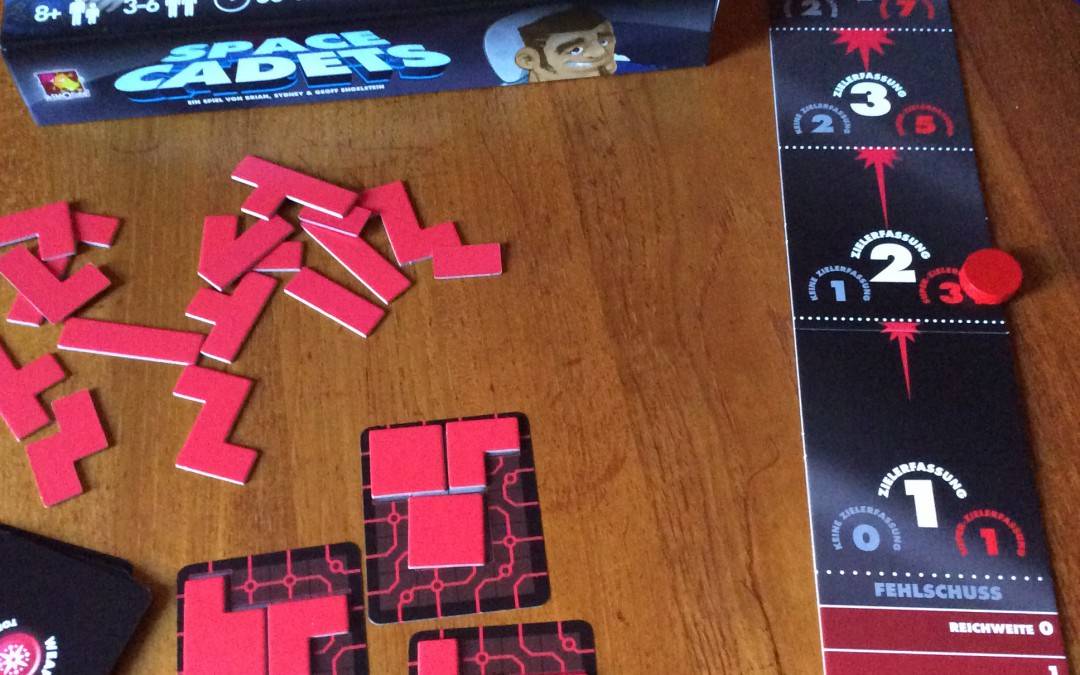 Hi! Felix here. I’m the CEO and currently also logic and AI programmer of Digidiced. Since we’ll be developing a few digital board games in the upcoming years we’ve started actively seeking new games to try out and play. I’ll be sharing our experiences with you. Hopefully you’ll find something that you’ll want to try out! ^^

A space cooperation game. Patrick likes space, Alex is a fan of cooperation and I was outvoted… but it turned out to be great fun! ^^

Playing Space Cadets I learned two things: 30 seconds is a lot less than I thought and my hand-eye coordination is horrible when it comes to flicking coins to a specific target. In Space Cadets you take on the role of – surprise – space cadets. You and up to 5 friends play different officer roles on a spaceship: Navigation Officer, Engineering, Shields, Weapons and a few other which I didn’t really register as I was too busy panicking while the timer ran out.

The game basically has two main phases: One where everybody tries to find a general strategy which – of course – happens in a very limited timeframe. And then everyone goes to their station and tries to implement that vaguely defined goal simultaneously.

Every station has its own mini-game. I was Weapons Officer and had to fill different block shapes using a limited amount of Tetris blocks in order to load ammunition while my neighbor in Shields had to create poker combinations using chips of different colors in order to create shields of different strengths for the 4 sides of the ship.

You forgot where Piloting was supposed to turn the ship to at the end of the round? Guess that’s why the shields are pointing in the wrong direction then…

After that each station is resolved one after the other and since we’re all flying the same ship and mistakes of the actions of other players directly influence your station, you’re always a bit on edge (or I was… but I’ve been told I can be super “on-edgy” when playing board-games). Nothing beats the feeling you get when the Sensors Officer and Tractor Beam officer did an awesome job of lining an opponent in your sight for an easy fish-in-the-barrel shot, taking careful aim, boasting loudly that the enemy is doomed… and then missing the mark – twice – by about half a meter…

By a miracle we ended up winning the game… with the simplest mission… on easy… but it was great fun!

Space Cadets is definitely a game I would recommend to anyone who likes cooperation games. Then again, I generally don’t and I had a lot of fun.

PS: The image is a fake in case you were wondering. I never shot that well! Alex bought the game and was kind enough to take a picture as I forgot to take one. ^^